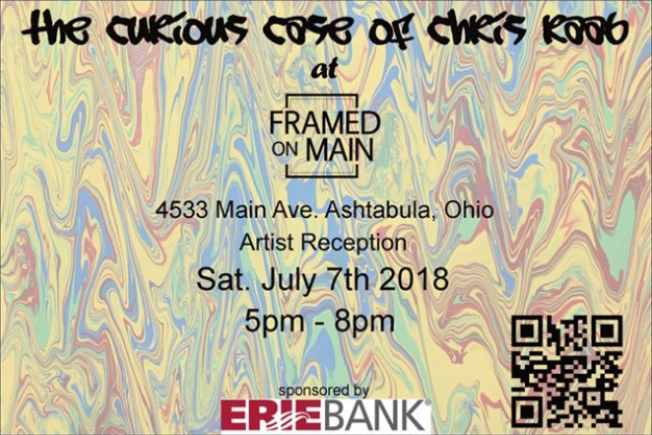 Framed On Main is hosting a showing in the main gallery for the recent work of local artist Chris Raab. 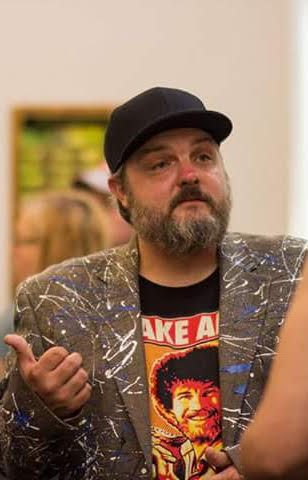 Chris Raab was born in 1981 in Cleveland, Ohio. He quickly found himself drawn to art at a very young age. Chris was actually prohibited from having Sharpie markers in school as he would draw on anything that didn’t move and, well, some things that did. As a self-taught artist, Chris has experimented with nearly every medium including: Pen and Ink, Pencil, Spray Paint, Acrylics, Carving, and, well, almost everything except for oils. Chris’s art now primarily focuses on Acrylics on stretched canvas and photography.

“Art is an inkblot. People choose to see what they want to see. Best part being is we all see it differently.” Chris’s artwork is influenced by many things he encounters in everyday life and his previous struggles. He looks for whatever may turn him loose and evoke reaction at any given time. His style is that of many. His artwork is in constant evolution and progression. He is always trying to one up himself in both technique and process. He paints through emotion…consistently trying to let his strokes lead the way through his screaming imagination.

Chris Raab has corporate and private collectors alike. Some of the projects Chris has done include having a painted guitar in the Rock and Roll Hall of Fame in Cleveland, painting the murals at Smith Field in Ashtabula, publishing a book based on Ashtabula scenery entitled Organized Chaos with proceeds going to a local homeless shelter, being published in a European arts and culture magazine, numerous local installs, solo shows in both Cleveland and Ashtabula galleries, and managing multiple local “artist walls”. Formerly he has chaired The Arts on Bridge Street arts festival, served as Vice President of Lakeshore Artists, and served on the Ashtabula Parks and Recreation Board and the A-Tech Graphic Arts Advisory Board.

Chris is a firm believer in art transforming communities and people. Lastly, Chris’s love and new endeavor is an art based 501(c)3 called “Raabstractive”.

Appetizers and refreshments will be offered.

Blog Categories
Recent Posts
Do you have a special framing project? Reach out to Framed On Main for expert advice. With decades of experience, we can offer a wide array of expert, custom-designed framing services just for you!
Get In Touch
©2017-2023 Framed On Main, LLC - All Rights Reserved | Privacy | DMCA | Legal | Site Design: Artificer Media
Back To Top
×